All the buds are now well and truly bursting! 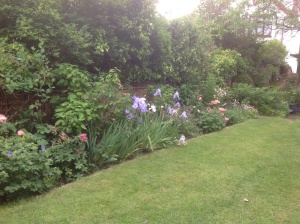 The Cottage Border is showing its first wave of flowers. The irises, pink poppies and aquilegias have been flowering now for a while, and geraniums, and the first of the roses, are starting to join in. 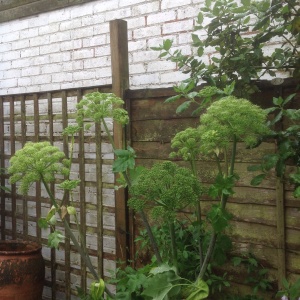 The Angelica buds I showed you last month, have exploded now. I’ve counted 14 flower heads! Quite dramatic. If only it was perennial! 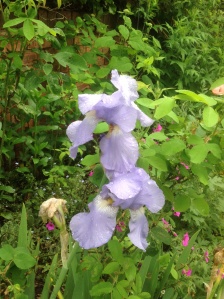 I also showed you last month, buds of, what I thought, was “Jane Phillips”. THIS is she – those buds were an imposter! I’ve been told that they were the buds of “Immorality”, (although I’m not 100% convinced!) 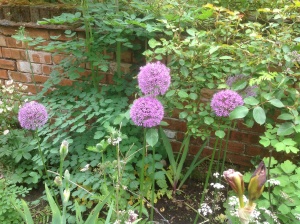 The allium bulbs are blooming now. I think they’re Allium aflatunense. They have been there, under performing, for several years, and now that I have revamped this bit of border, they have decided to remind me they are still there. The border was redone as a “Champagne border”, trying to reproduce Luciano’s Laurent Perrier garden. Thankfully, they fit in with the scheme – they’re the bubbles! 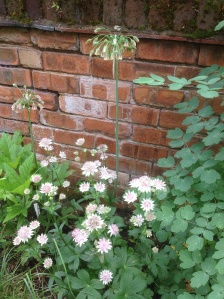 The Nectaroscordum, now that they are flowering, has thrown up an unexpected plant combination, with Astrantia “Buckland”. The colours mirror each of them, creamy white tinged with pink and green. A pleasant surprise! 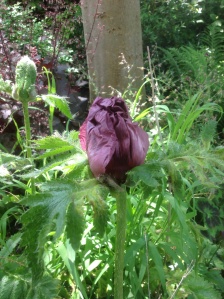 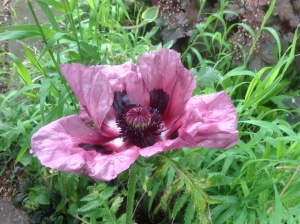 This is definitely my favourite flower – at least today! Sadly, these 2 pictures were taken only 1 day apart. Maybe that’s why it’s my favourite – because it’s so fleeting, and longed for. Thankfully, I have more buds. Isn’t the colour so dramatic? 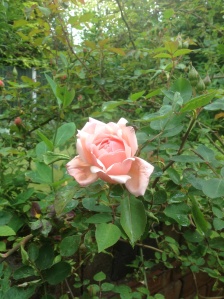 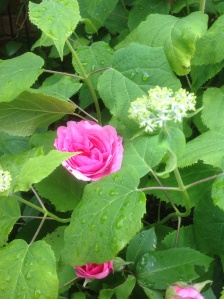 And the first of my roses have started to bloom. Think of this as a taster. I hope to do a future post on my roses. The pale pink one is our rambler, rosa “Albertine” and the deep pink one is the beautiful English rose, “Gertrude Jekyll”, nestled among more emerging buds, of Hydrangea “Annabelle”. 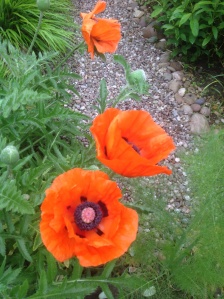 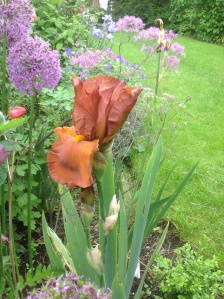 And two more recently burst buds. They certainly demand to be noticed! P.s the iris smells like it looks – chocolate/orange! Mmm! 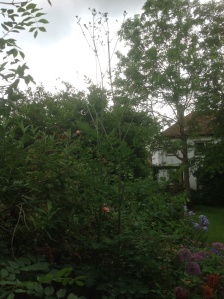 And what do you make of this? This is the flower spike of Thalictrum “Elin”. I checked – it’s supposed to reach 6 ft. This is more like 10 ft. Honest, I’ve not been feeding it steroids!

And on that lofty note, I’ll say bye for now! I’m off to see what else is blooming lovely! 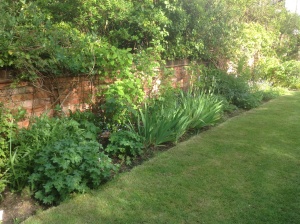 I love May! I love May for all its lushness and freshness, for all its promise. So much foliage and so many buds just waiting to burst open. So much anticipation for what’s about to happen. It’s all there, waiting to explode into a wonderful floral display. Or that’s what we all hope and pray for. After all, we’ve worked hard enough for it! The spring overture is fading now, (and hasn’t it been wonderful!) and it’s time for the main number. There have been some flowers, but only a few to start with. Let’s say, they’re the intro!

It’s the carpet of forget-me-not that provides the floral link between spring and summer, in our “Cottage Border”. Let me show you some of its amazing buds. 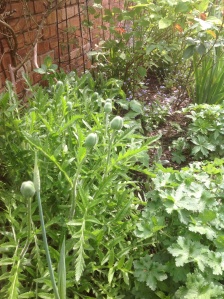 Buds of Oriental poppies with Nectaroscordum 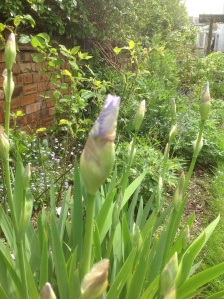 In the Black and White Beds, it is the foliage that holds sway just now. 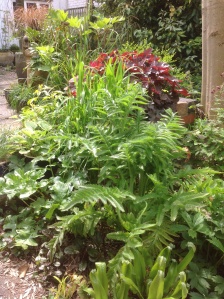 From this angle, and without its flowers, this bed doesn’t live up to its title, but I can assure you, its time will come. 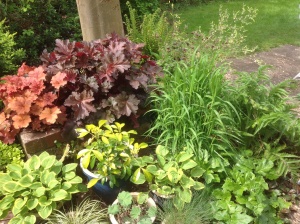 The Black Bed backs onto the patio with its array of blue pots, this collection being for foliage effects. 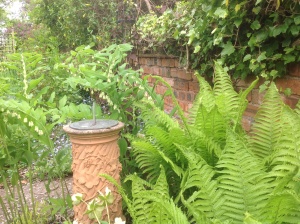 And for contrast, the adjacent white bed looks so fresh now and is the first of the two to start flowering, with The Solomon’s Seal looking so cool! 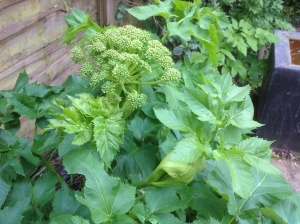 This may be the piece de resistance! Angelica about to flower, in the Herb Garden. Shame that’s the last we’ll see of it, though. Let’s hope for lots of babies to take its place!

All this, AND two Bank Holidays!! 🙂

Follow The Long Garden Path on WordPress.com
Join 75 other followers

The life and loves of a plantsman